I’m honored to have been part of two of Progress Texas’ Best Moments of 2019: defeating anti-voter attempts including the attempted voter purge and S.B. 9, a draconian anti-voting measure, as well as forcing a record vote on Medicaid expansion, which would bring our tax dollars back to Texas to get our neighbors the care […]

I’m honored to have received an A+ from Equality Texas on their Legislative Scorecard! Earlier this year I was proud to be the first ally member to join the newly-created Texas House LGBTQ Caucus and I remain committed to ensuring that every Texan is treated with the respect and dignity they deserve. 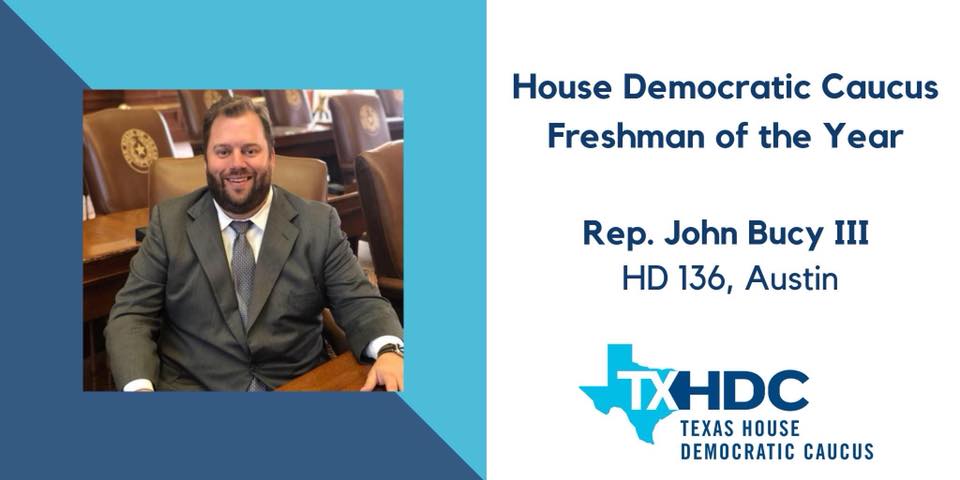 Every year the Hill Country News has a Best of the Best readers poll. With over 100,000 votes cast in 194 categories, I’m proud to have been chosen as the Hill Country News Best of the Best 2019 for Best (Local) Elected Official. I am truly honored by this distinction. Since being elected we have been hard at work to fight for the real issues facing families across House District 136. As we enter the interim, we won’t be slowing down. 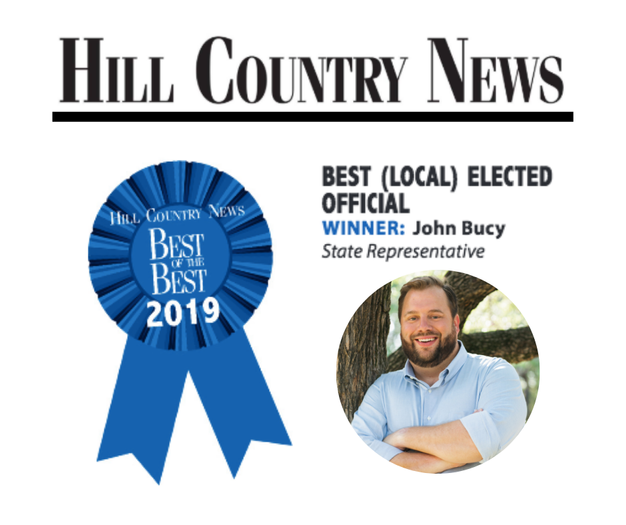 Today I was honored to be recognized by my peers as the Texas House Democratic Caucus Freshman of the Year. I am so grateful for the support and mentorship I’ve received from my colleagues and I am truly humbled by this recognition.From fighting for Medicaid expansion and voting rights to supporting our public schools and economic development in our local community, I’m proud of the work we’ve done this session.I’m thankful to my wife and family, my staff, and the people of HD 136. Together we